Lost in LA. Found in Japan

More than a year ago, found Yuichi and Bita at a Meet-Up in Westwood; promising a lesson on how to live a life of joy and happiness. At the time, I was angry and singing the blues.

Since then, these lovely, dedicated, teachers of Buddhism in Japan, have become my dear friends;  sharing insights about creating a more harmonious world for ourselves on a day-to-day basis.

LA has exposed me to meditation and Zen Buddhism and I’m still not sure if any are  Hindu, Tibetan or Chinese.

During a chat on an extended bus trip in Thailand, another writer surmised that my beliefs were aligned most with the Tao. Maybe so, but I’ve never conscientiously been exposed to the Tao, so how would I know to follow it? 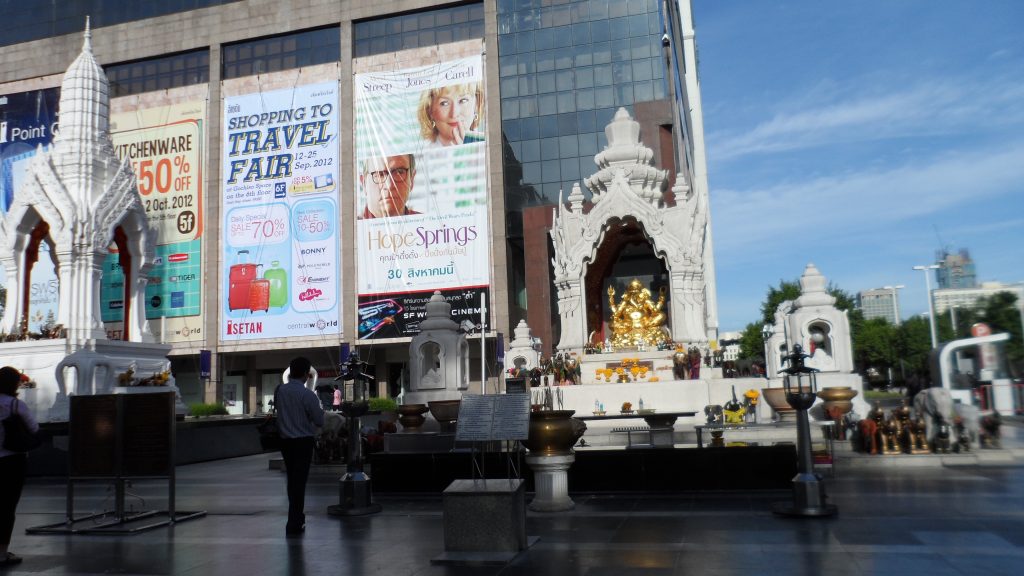 In Thailand, it’s hard to miss large and small incense burning shrines in the city and countryside. Ceremonial Buddhist offerings play an essential part in the fabric of daily life. Thai Buddhist celebrations take place all year; the day to honor their elders, vegetarian month, and my favorite, Songkran the wet Buddhist New Year. Lantern celebrations, lift your dreams and disappointments away as they sail away into the night sky. I’ve never learned much more about Thai Buddhism beyond their celebrations or chanting in temples. Something to look forward to.

Buddhism in Bali, Indonesia, is a very special blend of Hindu and scary living spirits that travel from one dimension to another… and regularly appear on stage. https://youtu.be/01mYUwUJdMM

At Angkor Wat in Siam Reap, Cambodia, I chose a rest stop in the shade before a temple wall, where I felt truly enlightened after reading a detailed story of Buddha. Cambodia has shrines, temples, monks, offerings – and beggars everywhere, chanting, “Dolla, Dolla, Dolla!” which years later, if I give it some thought, still rings in my ears. 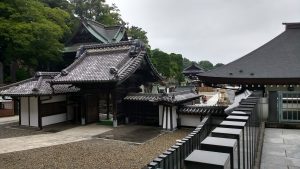 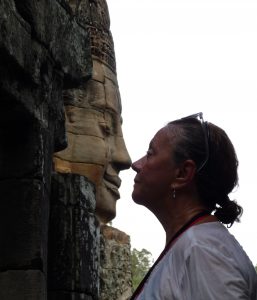 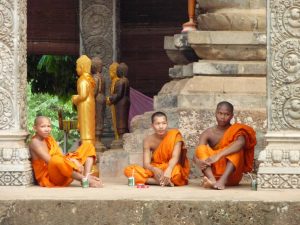 Not so in Japan. Japanese Buddhism is completely different from any other.  Not to be confused with Shinto, which is not Buddhism but a religion based on a belief in nature, evidenced in the natural surroundings of beauty in Japan. Shinto existed before Buddhism came to Japan from China, by way of India, and Shinto is still practiced by some Japanese today. 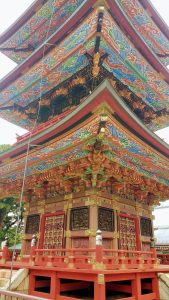 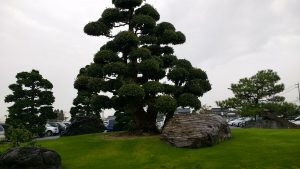 Japan’s exquisite temples and historic castles have no monks in saffron robes, begging alms in the morning, or evening.  There’s hardly a statue in sight. The only one I spotted was a very special tall, white, standing Buddha perched on top of a hill. Unfortunately, I was so awed by the sight, I didn’t think of taking a photo.

Japanese, Shin Buddhism, aka, Pureland Buddhism, follows Amida’s promise is to rescue all living creatures everywhere from their suffering by helping them obtain true, everlasting happiness that does not fade away.

Since forever, I have been curious about Japan, so when Bita and Yuichi invited me to a celebration of life at the Pureland Temple, I jumped at the chance. The program lasted for three days. 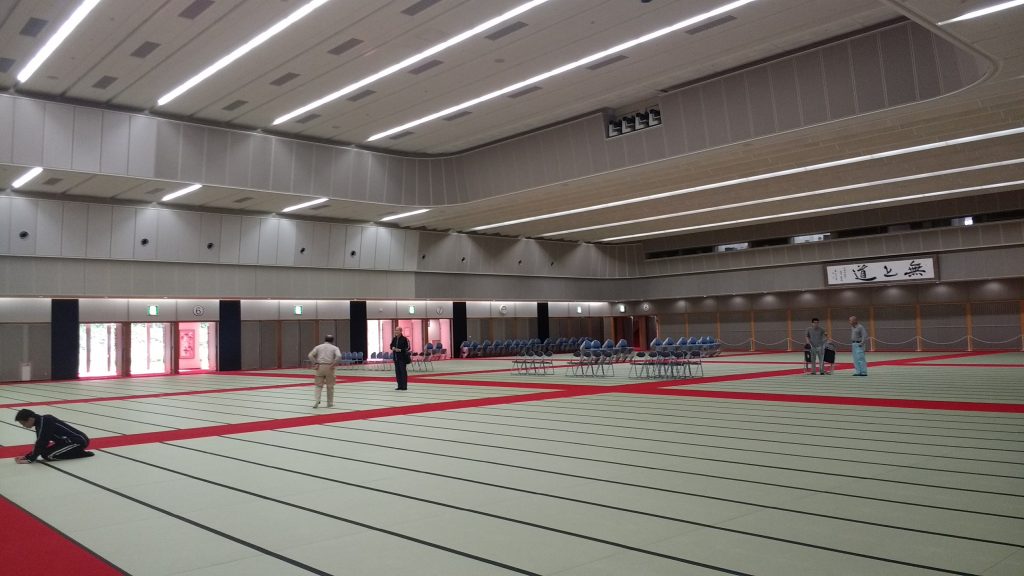 This was the real deal and a wonderful respite from an unexplainable Trump world.  Japan was a unique experience, that began with accepting the mindset of a collective culture where people actually care about each other.

An example is the ticket taker on the train. As he enters each compartment, he stops, closes the door behind him, and lowers his head for a few seconds. I thought it was a Buddhist custom, but no, I was told he is showing respect and gratitude to the passengers he was about to serve. 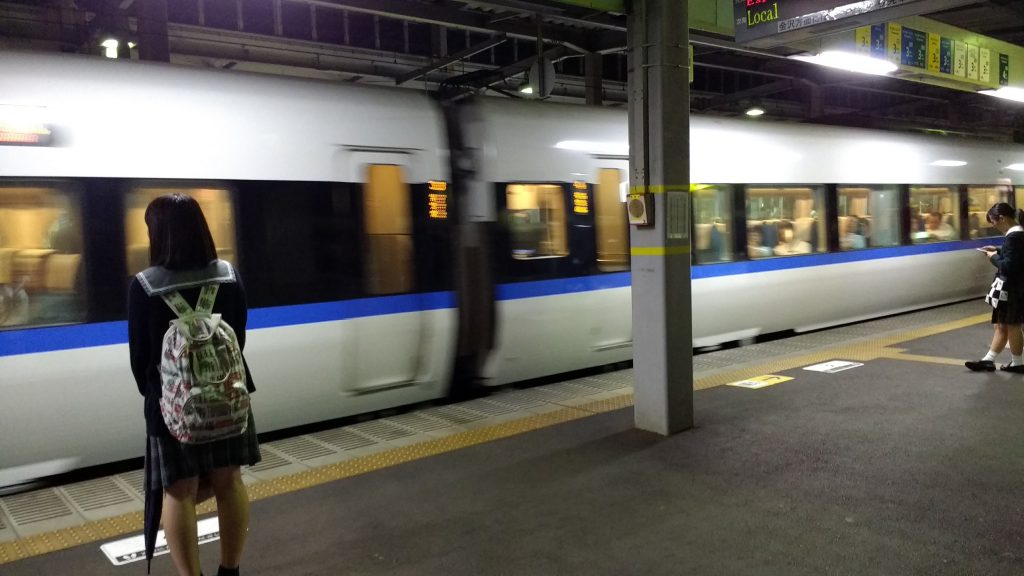 Get this, you don’t tip in Japanese restaurants because everyone earns an actual living wage. Imagine. I didn’t encounter a single beggar or homeless person in Japan, but then, I was in the countryside, not Tokyo or Kyoto.

The result of visiting Japan turned out to be not only an insight into this aspect of Buddhism, and exposure to the unique Japanese culture, it turned out to be an unexpected healing holiday.

The sign reads, “If you see an insect on the hot spring water, please rescue it from drowning with this net”

is practiced every day all over Japan – Suggest you begin your exploration at the Narita Hotel, which is near the airport but hours from Tokyo. Here’s my trip advisor review: https://bit.ly/2xbZCWv

I’m not a convert or a travel agent, just the messenger, inviting you to visit Japan, and suggesting you stay at a Buddhist temple for a healing, “wellness vacation”. You’ll be better for it.