Turkey – Much More Than Expected (Pt.2) Life in Istanbul 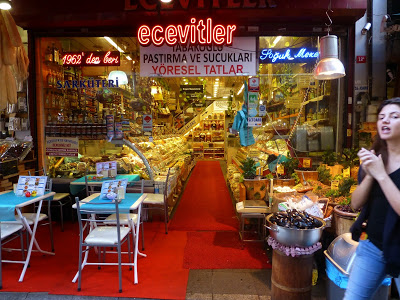 The first few days and nights in Turkey, before the Convention were mine to enjoy. The sites and sounds of three different neighborhoods in Istanbul added a variety of flavors to my time in old Constantinople.

A nondescript, local BnB in a residential neighborhood of touristy Sultanahmet provided a good night’s sleep…and a choice of three single beds to choose from. It had a kitchen area, a fridge and a mostly operating window that provided the smell and sounds of Turkish life in the city.

This was my introduction to Turkish breakfasts, which included the dreaded instant Nescafe I had packed in my suitcase for emergencies. The meal was meager but sufficient; fresh watermelon, hard-boiled eggs, store bought cheese and bread from the baker down the street. Best of all, it was served mercifully early, around 8:00 AM – which is a bit too early by Turkish standards.

On my second day, I took a ferry ride to met friends, of friends, Jessica TamTurk and her daughter, Johanna, for lunch. They live in Kadikoy on the Asian side of Turkey.

We ate at the very popular CIYA, an award-winning restaurant owned by one of the master chefs of Turkey, Elif Batuman; http://www.ciya.com.tr/index_en.php

Jessica authored the book on, “Istanbul & The Turkish Coast” for Moon Books. She was introduced to me by my dear friend and travel inspiration, Toni Andrews. It was also a perfect opportunity to learn inside scoops on where to go and what to do on the ancient Turkish Coast, http://www.amazon.com/Moon-Istanbul-Turkish-Coast-Handbooks/dp/1598801759

I followed them around the local market while they shopped for the best and freshest in Turkish fish and fare. 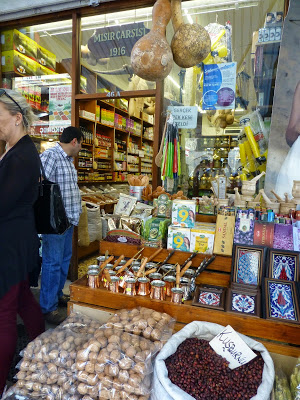 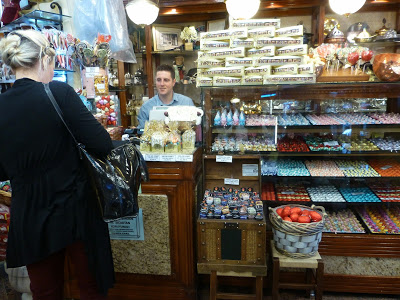 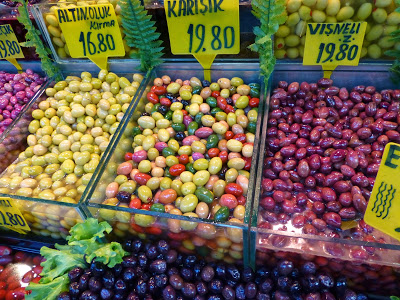 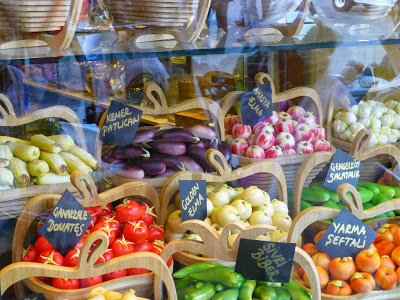 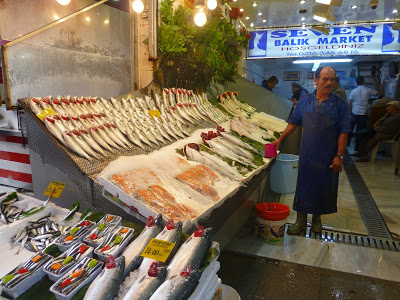 We walked a bit until it was time for a sunset tea in Modoc. She then negotiated a price with a taxi driver to get me back to Istanbul safely. I fell in love with them both and took forever to leave. I wished that we could have spent more time together and that my hotel was located in this elegant, little, seaside community that seems to have everything going for it – including from what I learned later great healthcare. 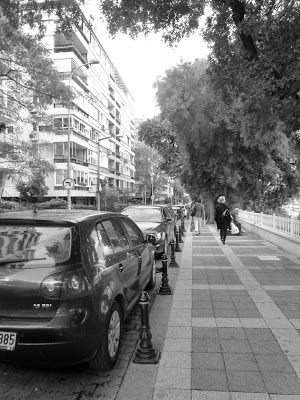 My newest traveling companions were a couple of environmental scientists on an around-the-world journey. We met on the boat when I spotted a couple with proper hats. 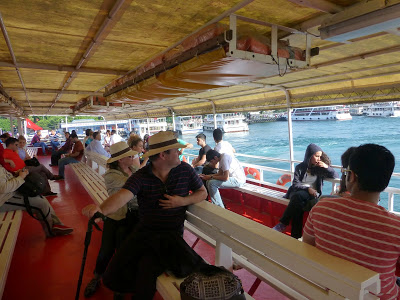 They spotted me too. Smiling, I worked my way over. They seemed to welcome my approach. “Do you speak anything resembling English?” “Sort of…” they said with a grin and an Aussie accent. “Me too!” I volleyed back.

After lots more banter, these lovely Australian educators invited me to join them once we reach port, for a rewarding fish lunch. The restaurant was near an ancient fort, at the top of a mountain. I wasn’t planning on trekking that day, meaning I was wearing the wrong shoes, but we only live once, and there I was… 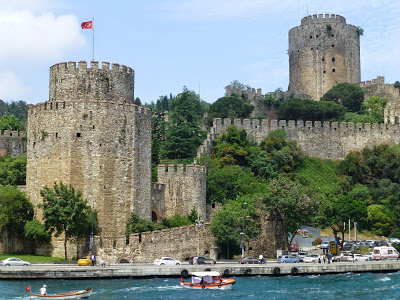 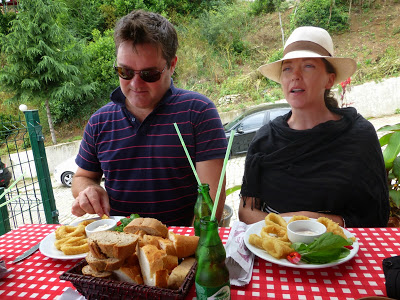 After we hiked up to our meal, we climbed up a bit more to see the view. 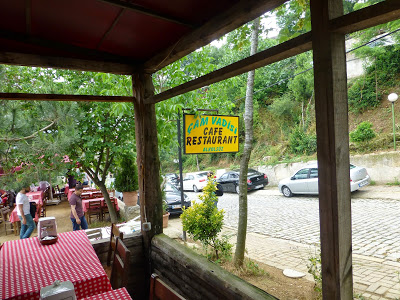 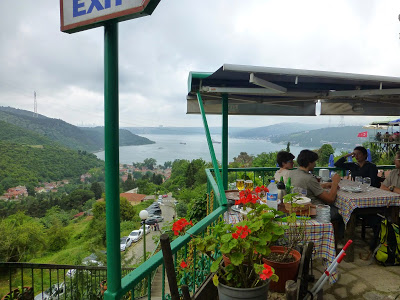 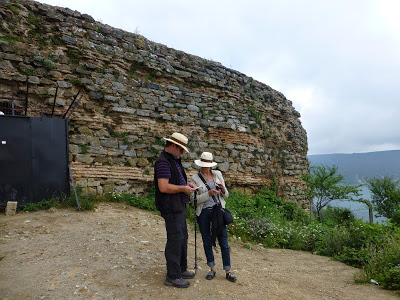 Rather than hopping the ferry back, I joined them for a local bus ride home. They had planned a stop along the way for special, Turkish yogurt treat. Yes, that is powdered sugar and homemade fruit preserves. Devine. 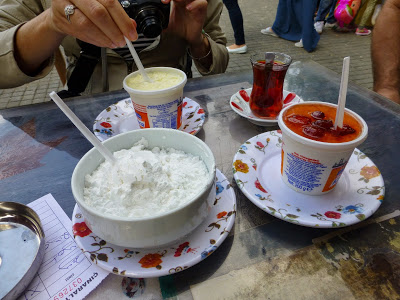 These were dedicated Foodies! They were spending a month in Turkey with a local, gourmet they researched on the internet He was guiding them through his hand-picked culinary delights across land and sea. They talked about the sailboat they were chartering in Bodrum and opening up a wine tasting pub back in Australia. I’d love to hear them sing that Aussie “Boomer” song again…LINK to boomer Song

They were delightful, as Aussie’s are.

Thanks to Air BnB, I lucked into an apartment for around $25.00 a night!! The pictures on the website were great. The “Balat Palace” turned out to be a sparkling, freshly renovated, charming apartment that I had all to myself for three days.

In the Golden Horn area,

the Balat area was in process of being gentrified; no other tourists in sight. The current population is still mostly homegrown Turks, who don’t speak much English.

I got lost one day but found a nice little wine store with organic Turkish wines. The direction of my daily comings and goings were often aided by my neighbors who would point the way – and speak Turkish on my cell phone to whomever my contact was that day. I was genuinely grateful for their participation. It was fun to have all the interaction because I was a stranger in a strange land. For whatever reason, I felt safe navigating public transportation and coming home alone after dark. 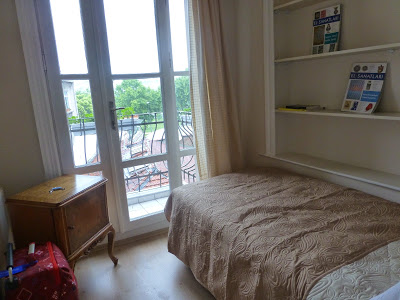 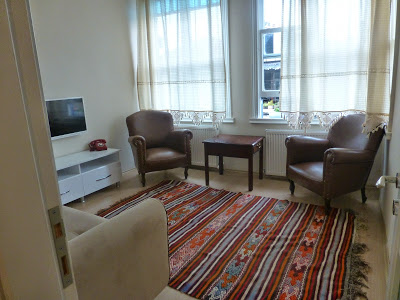 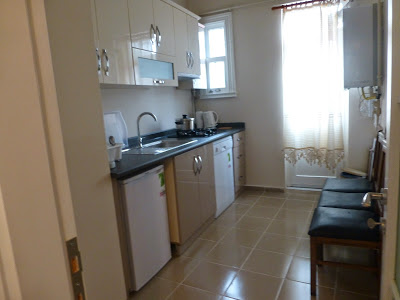 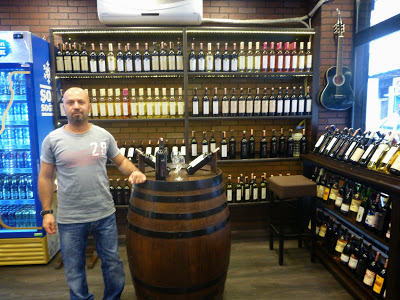 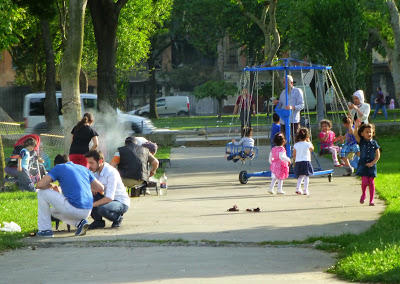 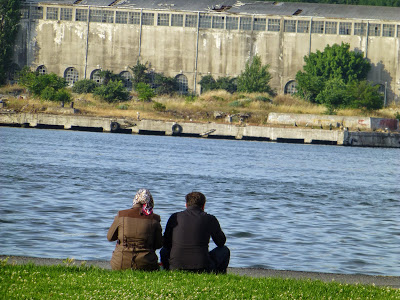 The Convention Center is near the famous Taksim Square. The hotel I booked online is within walking distance from both. I took public transportation to my newest digs during the Medical Tourism Convention. 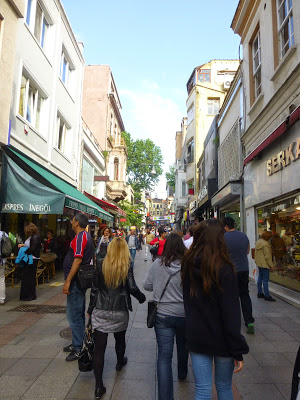 The “nameless” hotel, looked a lot better from outside than in, and even better in Booking.com’s photo. In real life; mini fridge ran hot, the room safe was inoperable, only one outlet, a burned out bulb, and closet doors wouldn’t stay shut. Some issues were resolved, some weren’t.

They threw in breakfast, which was served with the best of intentions, and offered a roof-top view of Istambul. I used hotel supplied prayer rugs to cover the ratty night stands. There was a local grocery store nearby for cold pomegranate juice and Efas, a delightful Turkish beer. At night, hunting for dinner, I’d brave the mobs of people in Taksim, along with police and soldiers supervising the area.

In the evening, the view from my window in one direction looked out at the neon lights of Istanbul. The other was open to rooftops. Not exactly, “Rear Window” but at 5:00 PM,  I watched my neighbor feeding his pigeons, while others prepared late meals outside, hung laundry, or went about their lives. I was an obvious voyeur, whom they ignored. It was only three days. I was out more than I was in, and of course, the staff was unerringly charming. The neighborhood was convenient to everything, as well as a good number of hair salons, where blow-outs were about $6.00. Btw- Everyone has great hair in Turkey. The men were as well groomed as the women.

The endless choices of touristy things to see and do in Istanbul can be overwhelming. To fully appreciate the daily choices, I promised myself to return to Turkey again for more – more of Turkey’s history, its endless antiquities, and more of their lovely food. Yes. Please. 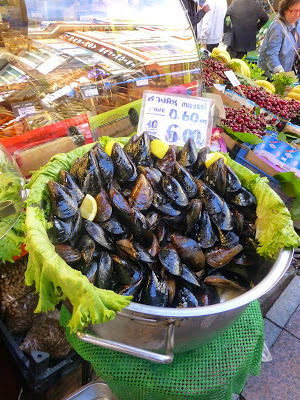 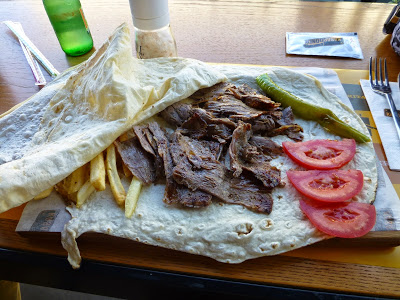 Now a museum, the awesome Hagia Sophia, was not so long ago was one of the world’s oldest working cathedrals/mosques. There I was, setting my foot on the same stones as some of the world’s legendary cultural and religious leaders.

my initial choice, was next door but when I arrived, a prayer service was in session. At this hour I was told, it was closed to tourists. Maybe I went to the wrong door…me a woman? It didn’t matter, the history of Hagia Sophia is fascinating and combines the Catholic and Muslim faiths. The Blue Mosque will still be there when I return, as well as new discoveries. There wasn’t enough time to enjoy the Grand Bazaar properly, so I stopped before I began. It’s at the top of my list for next time… 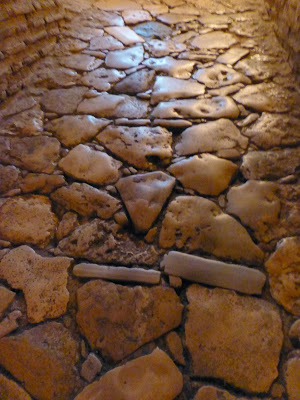 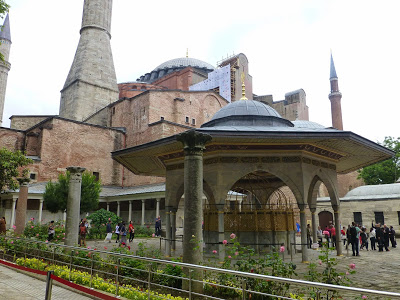 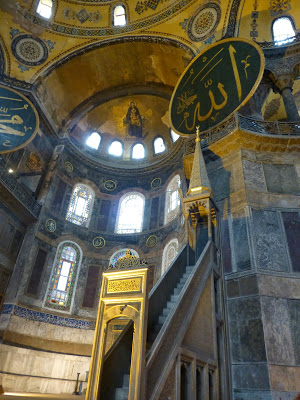 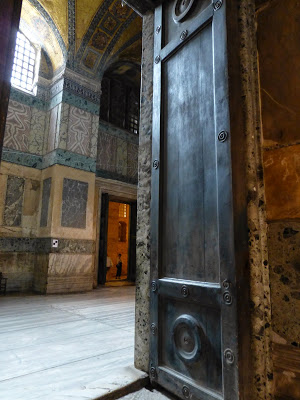 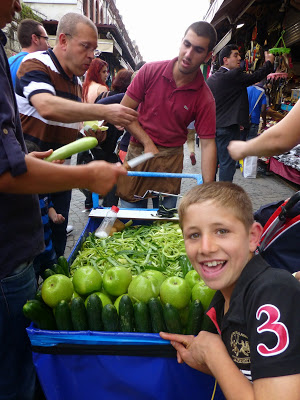